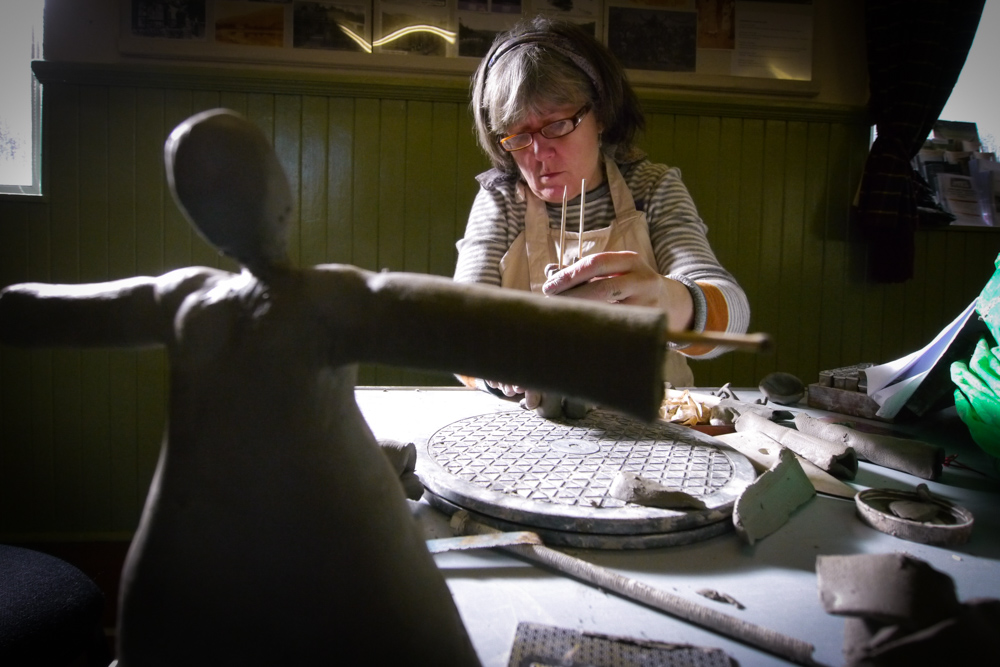 Ardentinny's village hall has received a welcome injection of creative activity as part of its renewal programme, following its recent threat of closure. This comes by way of a ceramics and sculpture course donated and run by renowned local ceramicist Bill Williamson. The 8-week course is attended by a mixed-ability group, all enthusiastically working …

END_OF_DOCUMENT_TOKEN_TO_BE_REPLACED 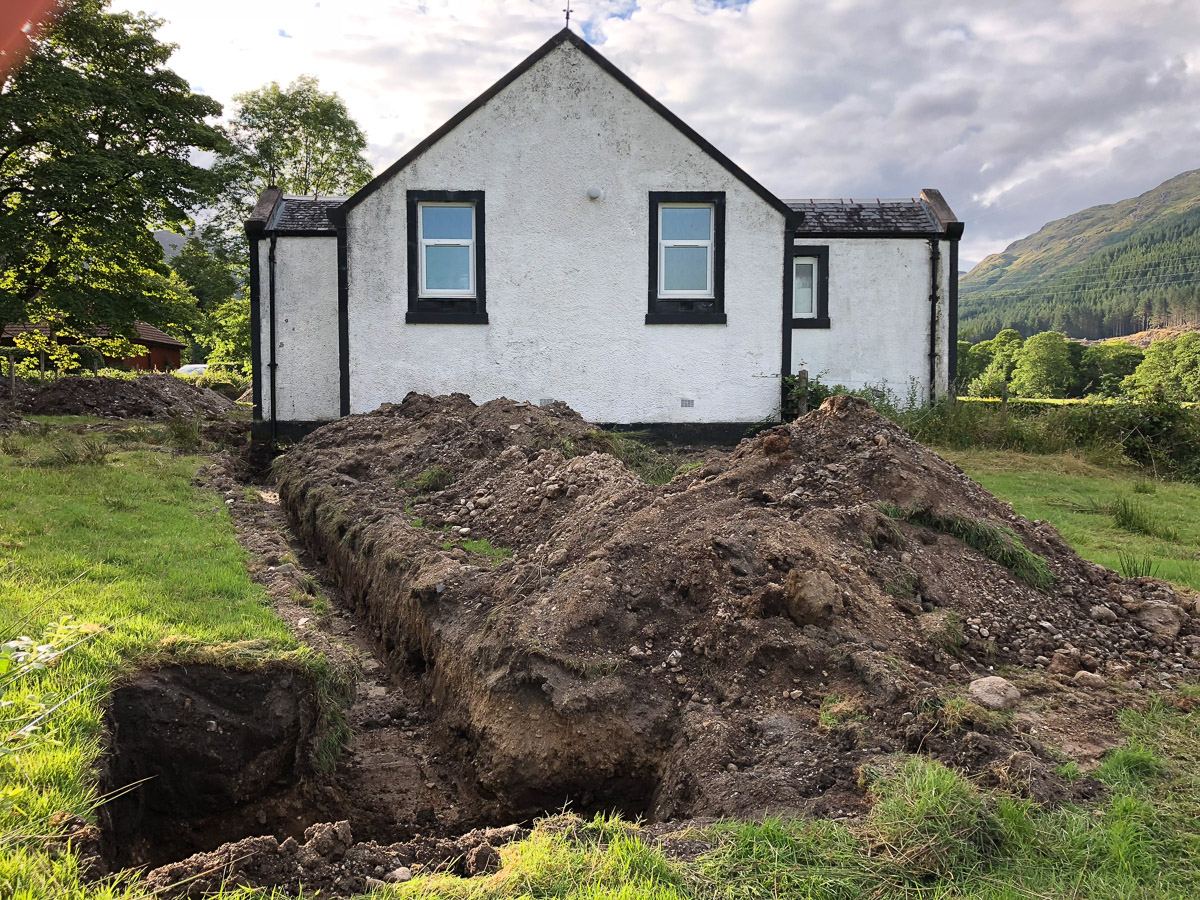 As unanimously agreed at the AGM in May, groundworks to clear and possibly replace the hall’s drainage system have now begun. This should go some way in tackling the urgent problem of dampness in the building.

END_OF_DOCUMENT_TOKEN_TO_BE_REPLACED At the Village Hall AGM in Ardentinny last week, one thing became abundantly clear. Namely, that the intervention at the EGM the previous August by Agnes Harvey, Guy Elder and Merle Ferguson who volunteered to stall the then imminent disposal of the Hall by caretaking it over the winter, had paid off. During that time the hall was ‘reopened for business’, allowing local clubs to return to use it and organisations and individuals to rent it for meetings and events. Minor and more serious defects in the fabric of the building were identified, the former being dealt with by Guy while quotes were obtained for rectifying the latter. Agnes, as Treasurer, dealt with documentation, the bank account and necessary payments while Merle, as secretary, handled hall bookings and correspondence and undertook a survey of residents as to the future of the hall. END_OF_DOCUMENT_TOKEN_TO_BE_REPLACED

0
Ardentinny Hall Management committee held an open community meeting on 10 October to inform residents on the status of the village hall and to discuss the possible future role of the asset within the community. For the moment the committee is keeping the hall ‘ticking over’, having reopened it for club and other bookings; ensuring that it …

END_OF_DOCUMENT_TOKEN_TO_BE_REPLACED

Ardentinny Village Hall is currently managed by a group of three people. Merle Ferguson (Secretary) 01369 810220, Agnes Harvey (Treasurer) 07802 424487 and Guy Elder. If you would like to strengthen that group please get in touch. Key Holders: All of the Management Group have keys to the hall. In an emergency please contact either …

END_OF_DOCUMENT_TOKEN_TO_BE_REPLACED

Download latest Walled Garden Newsletter
We use cookies on this site to enhance your user experience. By clicking any link on this page you are giving your consent for us to set cookies. Find out more.