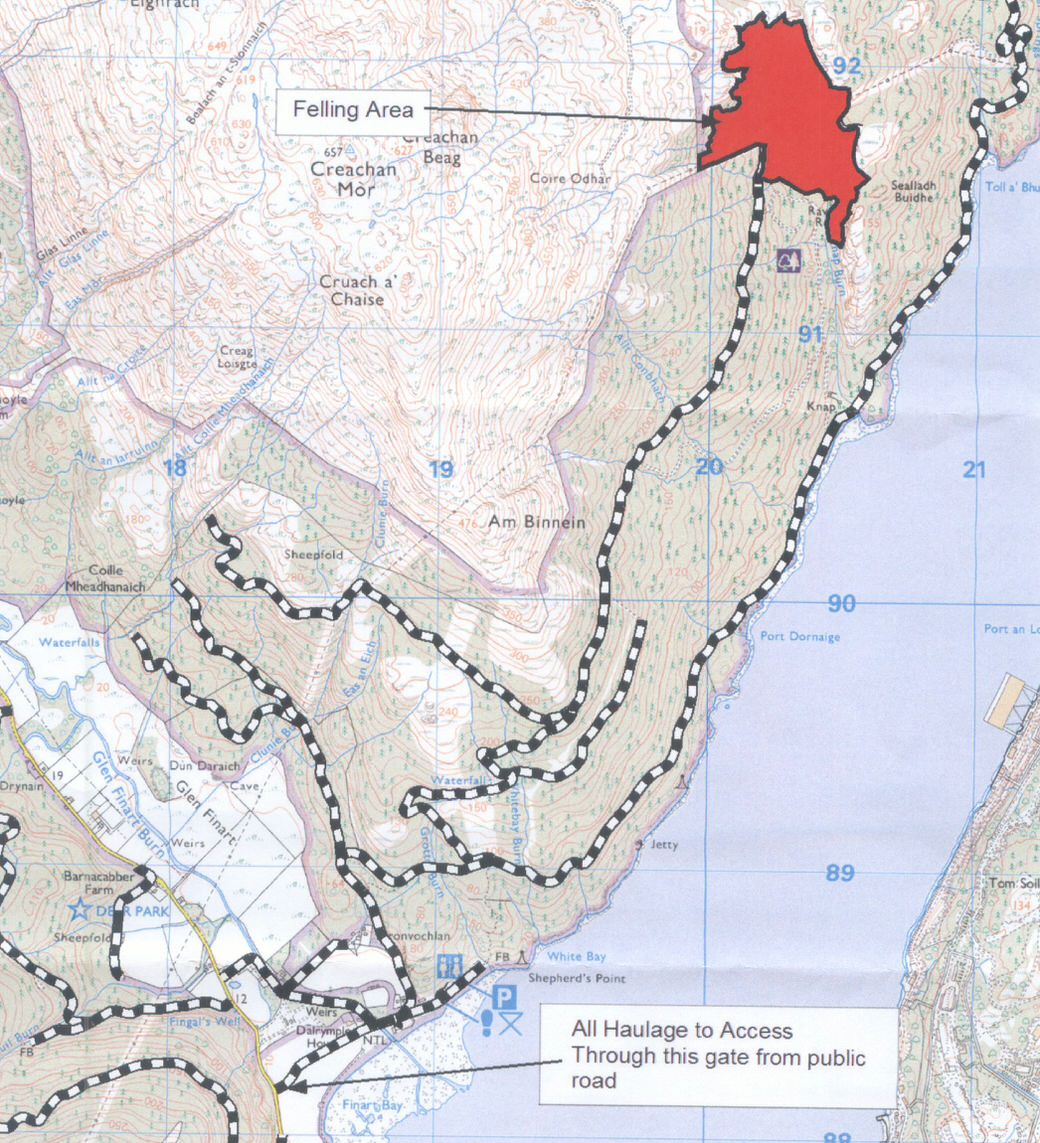 Forestry and Land Scotland employed 2 seasonal rangers over the summer months to have a visitor presence at key locations in Argyll Forest Park. It would be very useful to have the communities views on the impact of these staff on site.

The car park was part of the Stay the Night campervan trial. This finishes at the end of October when we will then start compiling the results of the surveys and site report. Initial feedback seems to show that the trial has been well received and successful.

The works to the water supply tanks seem to have predominantly fixed the issue of water supply to the toilet, however this year the septic tank has been a big problem. We have commissioned an investigative survey to ascertain whether there is a fault, under capacity and what our remedial options are. Results of this are imminent and we hope to undertake remedial works early next year.

Ravens rock, is due to commence felling on Thursday this week, or early next week.

Haulage will be via the forest road leading to the car park and then out via the nursery fields where lorries will be transporting timber to the boat transfer station at Sandbank.

The haulage contractors will install additional signage at the nursery field entrance before the commencement of timber haulage. As per the Timber Transport Management Plan, on the days where there is not a boat departure, there we be a limit of 10 loads per day, 10 hours per day, 5 days per week. However in the days preceding a boat departure this will increase to 40 loads per day over 3 consecutive days.

We have also just received news of further sites but are yet to be served the SPHN yet. Further details to follow

Operations in the surrounding woodland

Our stewardship colleagues are removing non native invasive species in the area. This will predominantly be carried out by spraying or pulling. Signage will be placed on site to advise if an area nearby has been sprayed.

Our planning team report that the Land Management Plan for Glen Finart was submitted March 2021. Scottish Forestry have asked for some changes before LMP is placed on Public Register.

Discuss this in our Community Forum