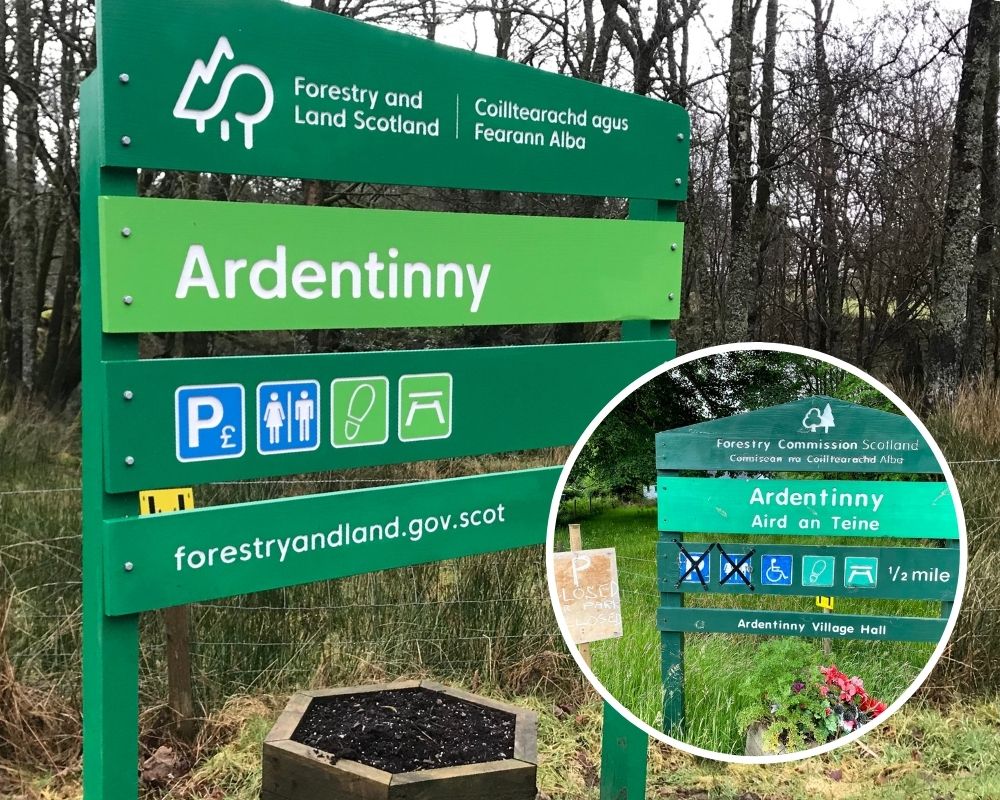 In October 2020 Forestry and Land Scotland (FLS) undertook a community consultation on its proposals for the beach area. Since then the only hint of an outcome has been the recent renewed signage which indicates that there will be a charge for beach parking. In response, Ardentinny Community Council (CC) secretary, Marian Norris, wrote to Forestry and Land Scotland requesting further information.

As reported in the CC Chair’s weekly update, FLS responded saying that charging will not take place until ‘early summer” and that they have still to finalise a cost. “The checking of honesty rates on the car park” will be managed by FLS staff and possibly an agency contractor. There may be some disabled bays and Blue Badge holders will be eligible for free parking. A season pass will be available “which will be cost effective for local people”. Proposals for the final site design are still being developed and will be discussed with the community council in due course.

In replacing the signage, the new board at the end of the entrance road did not include the previously existing directional sign to the village hall. On behalf of the Village Hall committee, Merle Ferguson wrote to FLS explaining that the previous signage had been agreed and paid for by the Hall committee in 2010 and therefore requesting its inclusion in the new board. FLS have responded saying that, while their policy has changed, they will make an exception on this occasion and replace the Village Hall sign at no cost to the Hall.