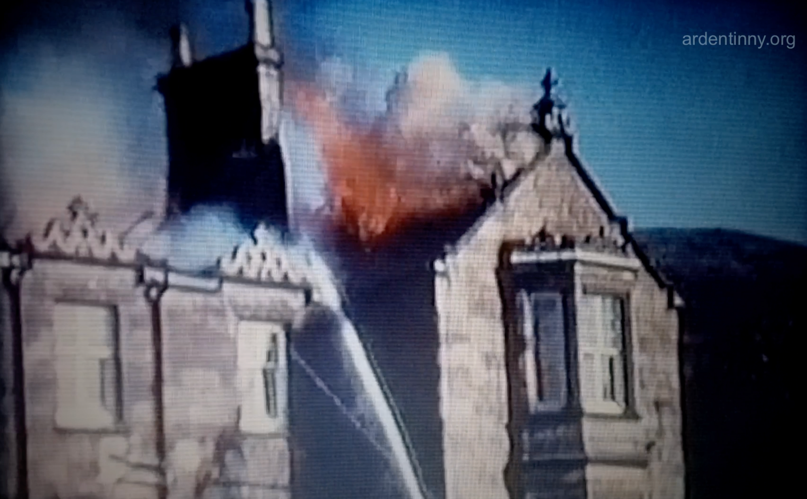 Over the years we’ve published several articles related to the Glenfinart House fire which destroyed the building in 1968 (see related posts below). We’ve also received some fascinating comments from individuals who were employed by the hotel and were able to give a first hand account of the events of that day.

With apparently very few photographs which captured the fire, we were very surprised to learn of the existence of some amateur colour movie footage filmed on that August day.

Sallie McDougall’s father-in-law, Callie McDougall,  lived above Dunoon Fire Station and was a keen cine camera enthusiast. On the day of the fire he grabbed his camera and filmed the fire tenders leaving Dunoon and the subsequent battle to save the Ardentinny landmark. His remarkable footage can be seen below. Callie and his wife (Irene) moved to England in the late 60s, but returned to live in Blairmore in the 1980s.

We are grateful to Sallie McDougall for providing us with this historic film.