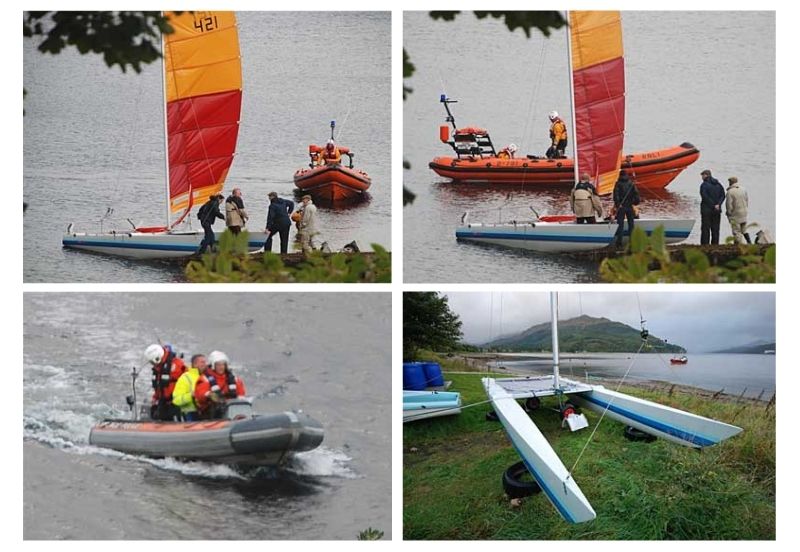 A small sailing catamaran, with a father and his son aboard, capsized in the blustery conditions off Ardentinny, Loch Long on Monday afternoon (24 September, 2007).

The father and young son were unable to right the capsized craft and their predicament was spotted by an onlooker on shore, who contacted the Coastguard

Helensburgh’s RNLI Lifeboat was called out, and the crew headed at full speed towards Ardentinny – a passage time of about 20 minutes

An M.O.D. launch and rigid inflatable from the neighbouring Coulport naval base were also available to help with the rescue, and their crews managed to right the capsized catamaran

The youngster was taken across to the naval base in the M.O.D. inflatable craft to check if he required any medical assistance.

The Helensburgh Lifeboat crew towed the catamaran with the father on board, to the Ardentinny shore.

The young lad did not require medical attention and was returned to Ardentinny by the M.O.D. craft and re-united with his father.