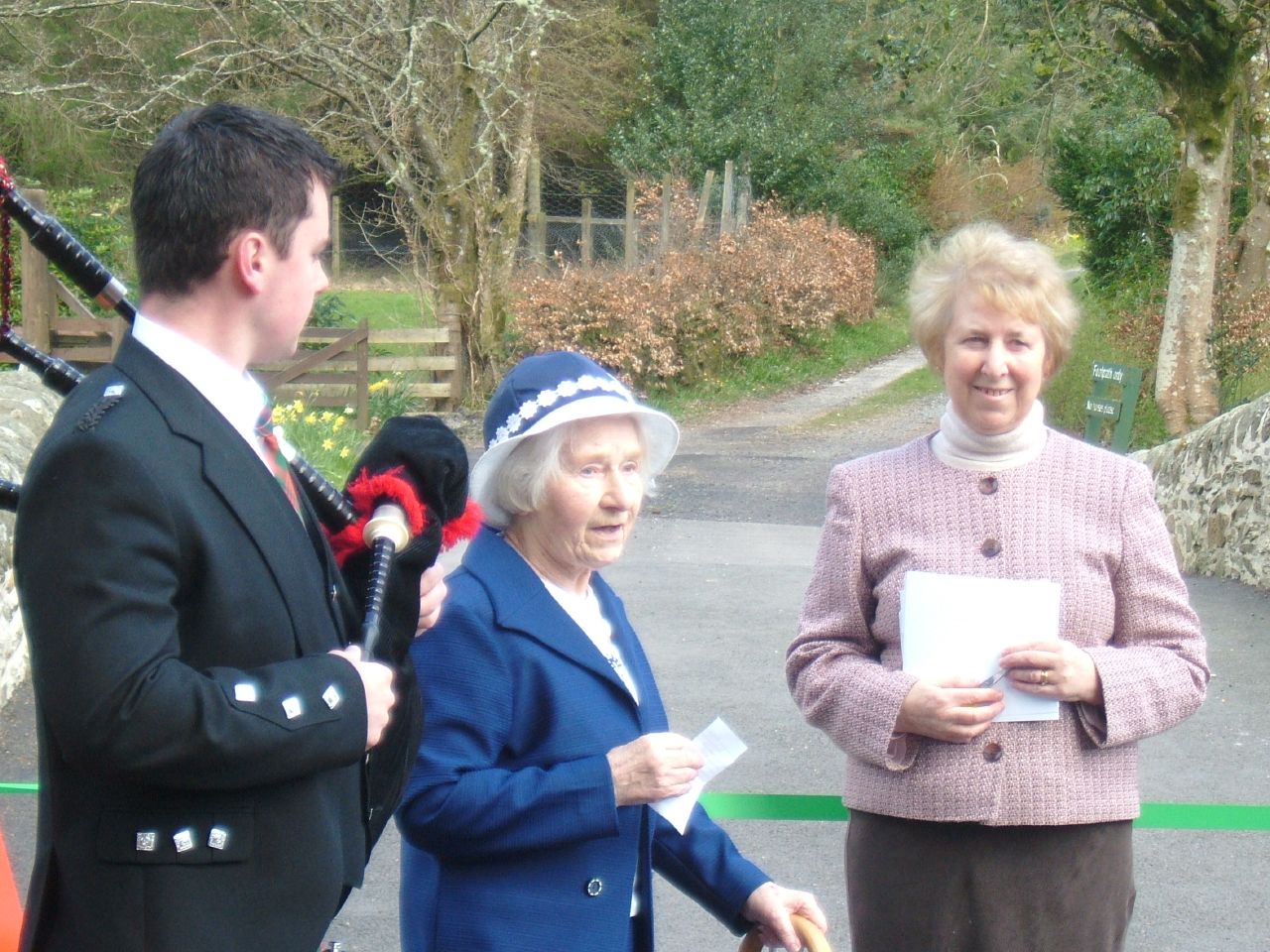 On Saturday, April, 7, 2007 the restored stone arched bridge over the river Finart was officially opened by Mrs. Mary Gray of Ardentinny.

The earliest known reference to the existence of the bridge is the middle of the nineteenth century where it appears on the O.S. map of 1869 as “Stronvochlan Bridge”. However, it is thought likely that there was a bridge over that section of the river Finart long before this.

It formed a link between Glenfinart House and the rest of the estate and it is believed to have been used regularly to deliver produce from the walled kitchen garden to the house kitchens.

The Glenfinart estate was originally owned by the Douglas family and later by the Lascelles family until 1926. Glenfinart House was burnt down in 1968 and was never rebuilt.

In 2004 the bridge was judged to be in such a state of disrepair as to be dangerous, and there were plans to demolish it and replace it with a bailey bridge. The people of Ardentinny were keen to retain the beautiful structuire of the old bridge. Ardentinny Community Trust obtained a Scottish Lottery Fund Grant and worked in partnership with Forestry Commission Scotland, who funded the remaining cost and also undertook to carry out the work through the Forestry Civil Engineers. It was therefore with great pride that Mrs. Marian Norris, recently retired Head Teacher of Strachur school and secretary of Ardentinny Community Trust, delivered the opening speech (below) and invited Mrs. Gray to formally open the restored bridge.

Welcome to everybody on behalf of the trust, and I thank everybody for coming, although it is no hardship to come to this beautiful spot on such a lovely day. I think that the stroll along this burn is probably the most popular and beautiful walk in Ardentinny. Use your imagination. We could have been looking at a very serviceable but probably very ugly bailey bridge.

This beautiful bridge is the culmination of a project that began some time ago, and there are a great many people to thank. First of all, we thank the members of the trust at that time who had the vision, and the love for Ardentinny, to see how important it was to save this landmark. Dougie Menzies is of course still a member, and has been instrumental in seeing the project through, but I am also thinking of Stuart Macdonald, Keith Hacking and John Primrose who worked so hard.
I would also like to thank someone who has moved on to another area, but who carried out so much of the spadework, and that is Pat Whyte. She would be delighted to see this bridge now – I do not have contact with her, but if any of you do I would be delighted if you could let me have her address and I will send her the press cutting and our thanks. I would also like to thank the Heritage Lottery Commission for providing the grant, and Forest Enterprise, who came up with the extra funds and the work. I am sure you will agree with me that they did an excellent job – and also had due regard for the bridge’s resident tenants, the bats, who seem to have approved the changes as they are happily at home again.

I would also like to thank all those who have supported us in this endeavour, and I include in that anyone I have inadvertently forgotten to mention. However, there are some other people who also deserve our gratitude and that is the original and long ago builders of this bridge – we are not entirely sure when it was originally built – we think it may have been when the houses were built in 1812, but there was probably a bridge here long before that. It is a testimony to their craftsmanship and instinctive artistic skill that it has graced this area for so long. It is a privilege for me to have been involved in its restoration, and I am sure I speak for all members of the trust in this. It is also a privilege to have such a good friend of Ardentinny, Mary Gray, to open it for us, and I ask her to come forward and do so. 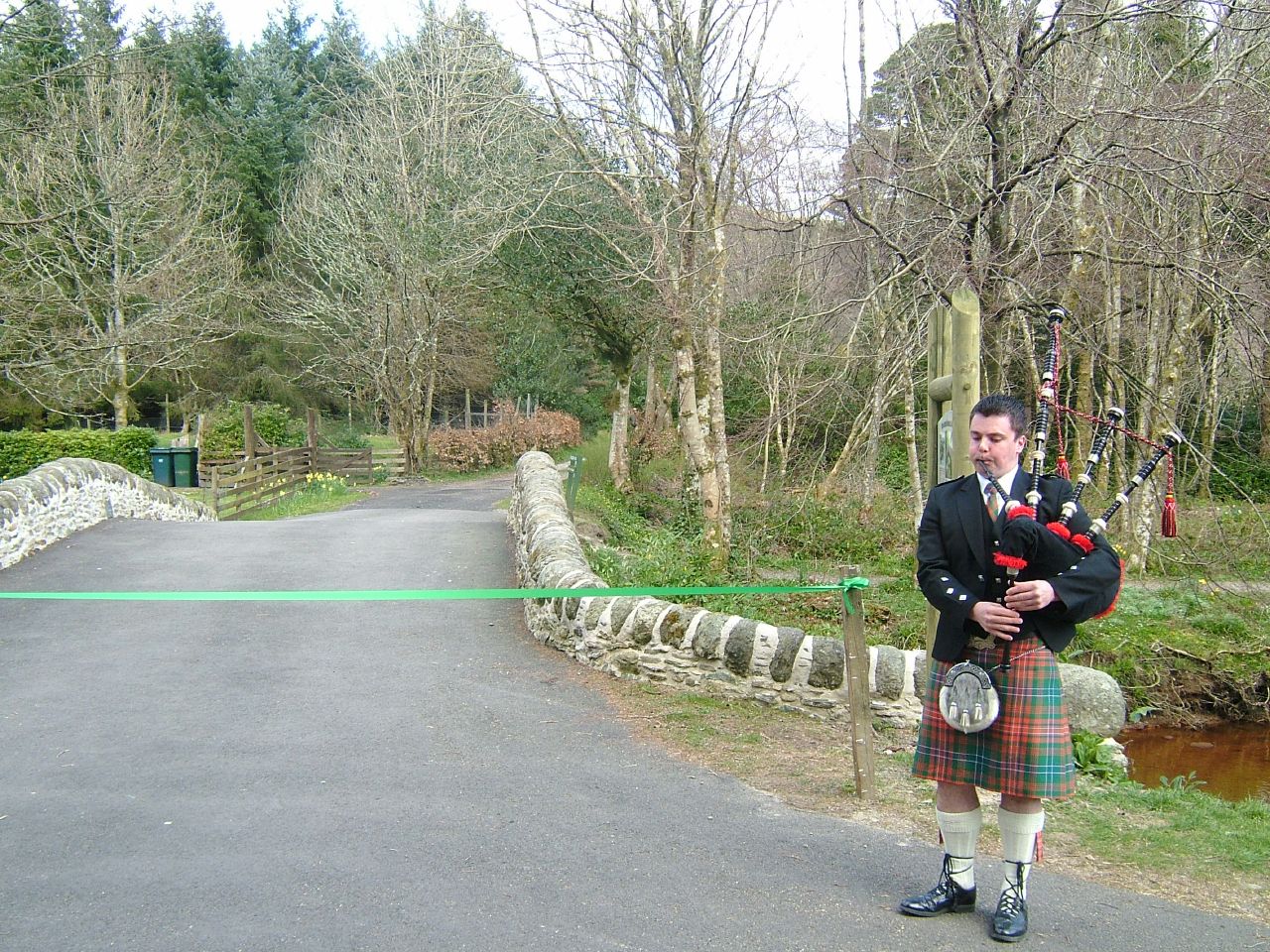 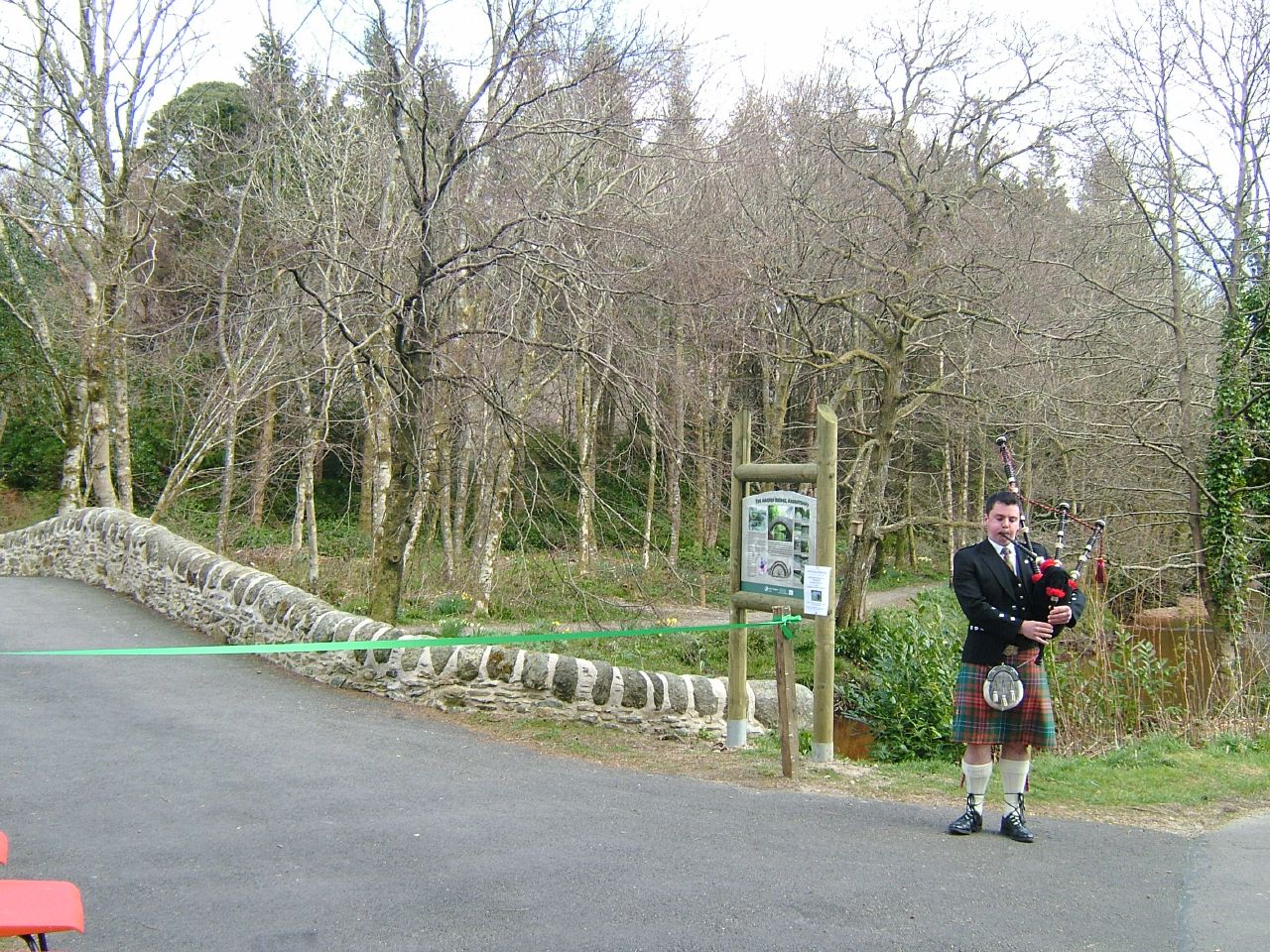 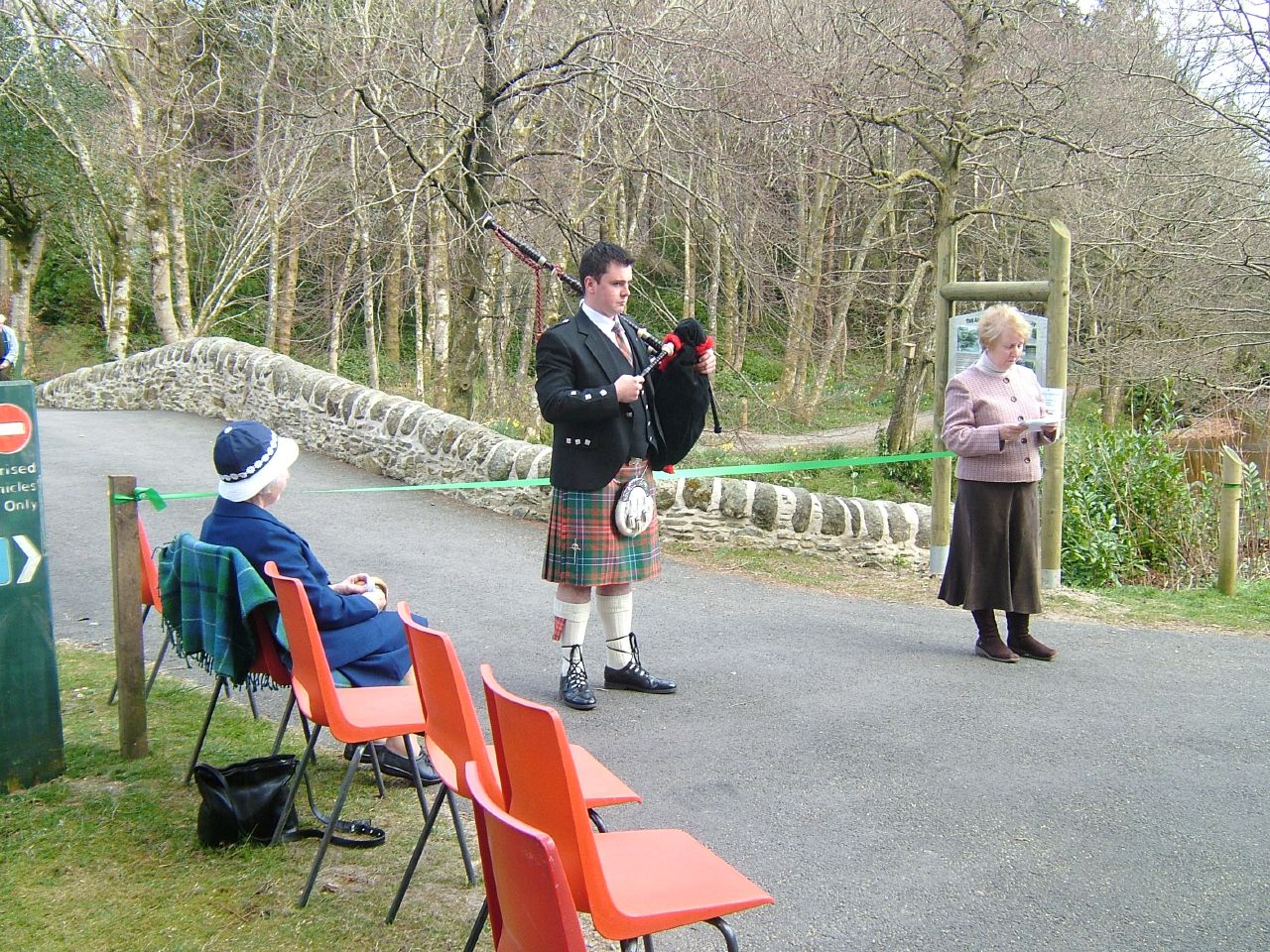 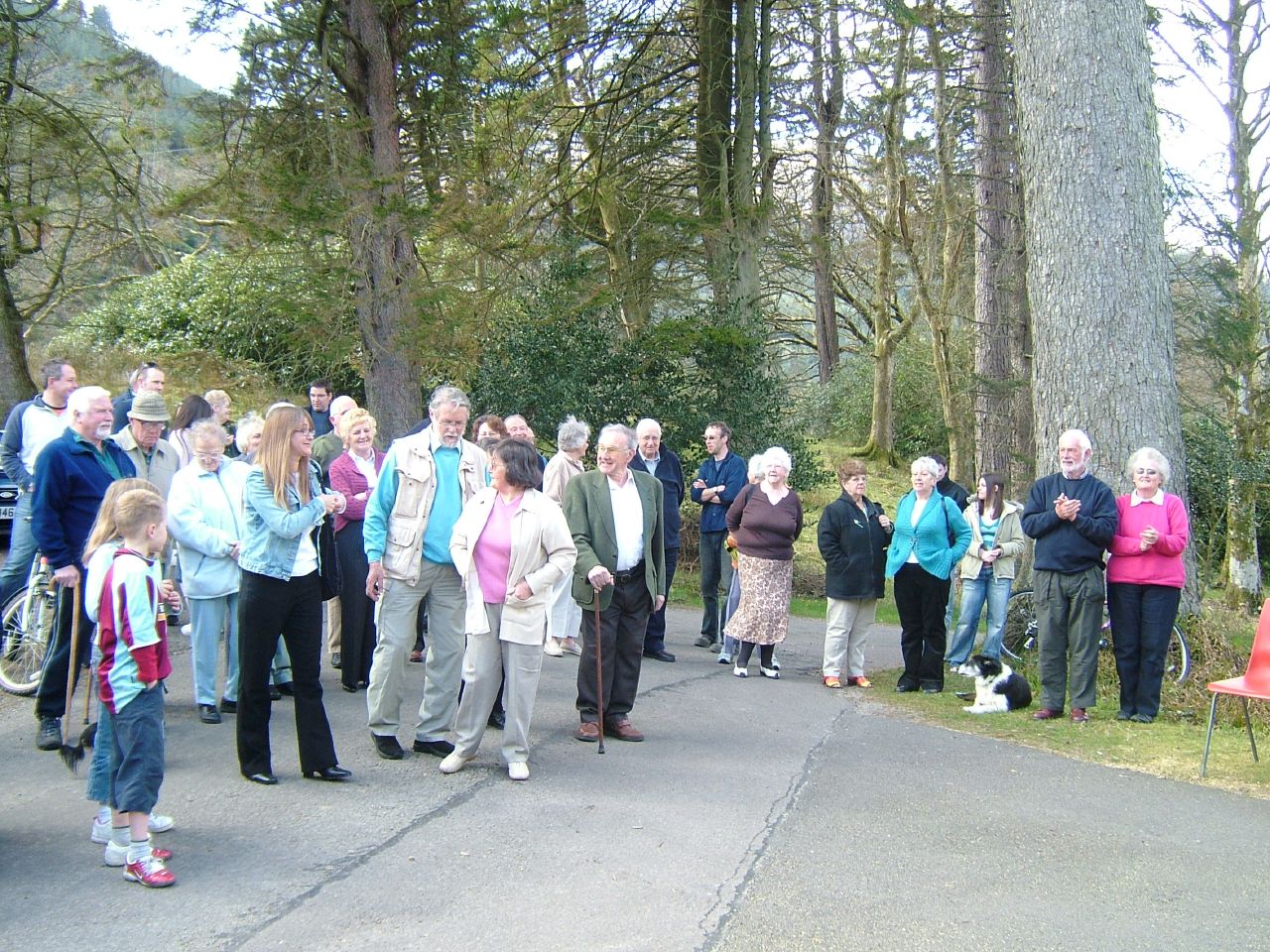 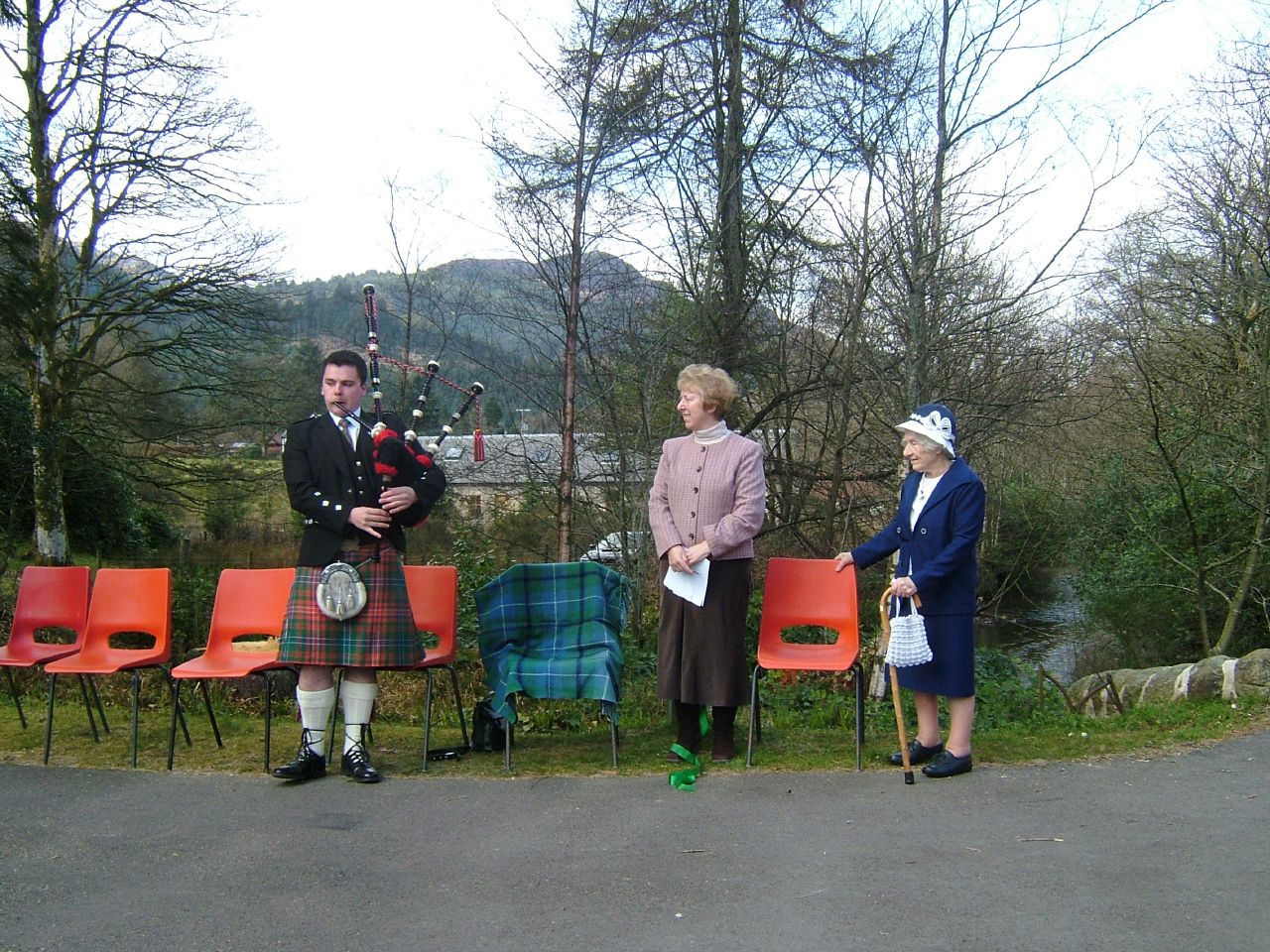 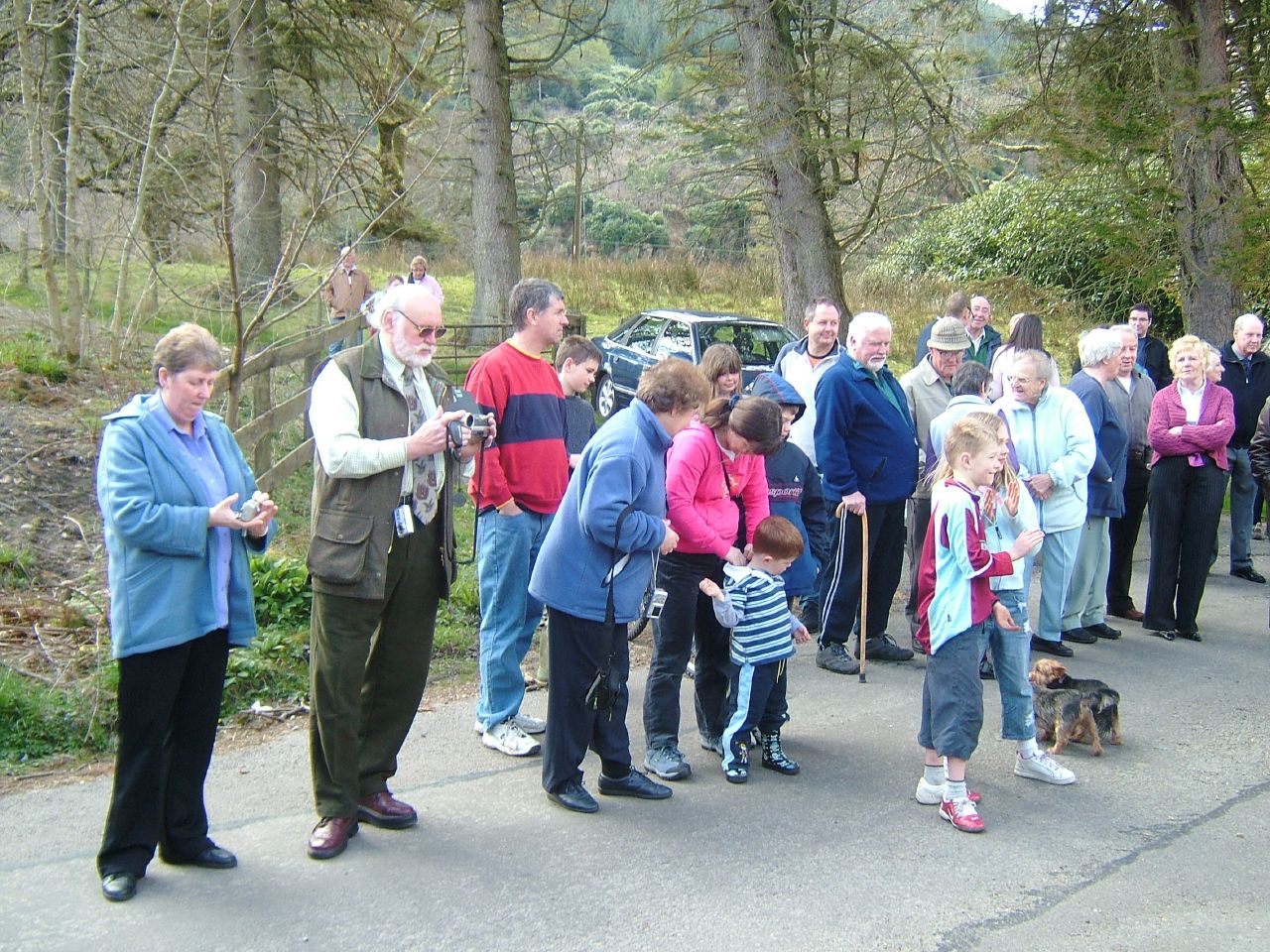 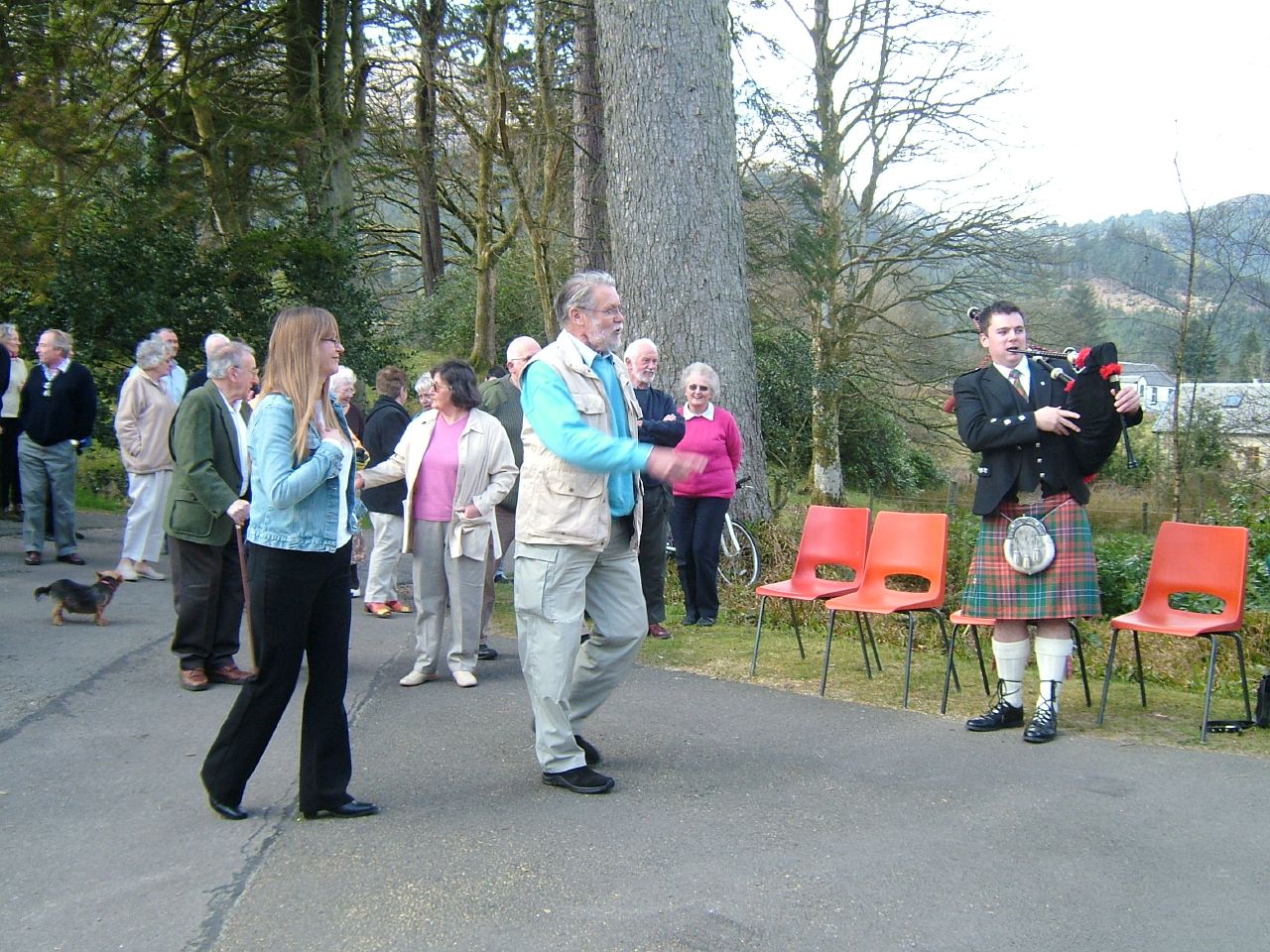 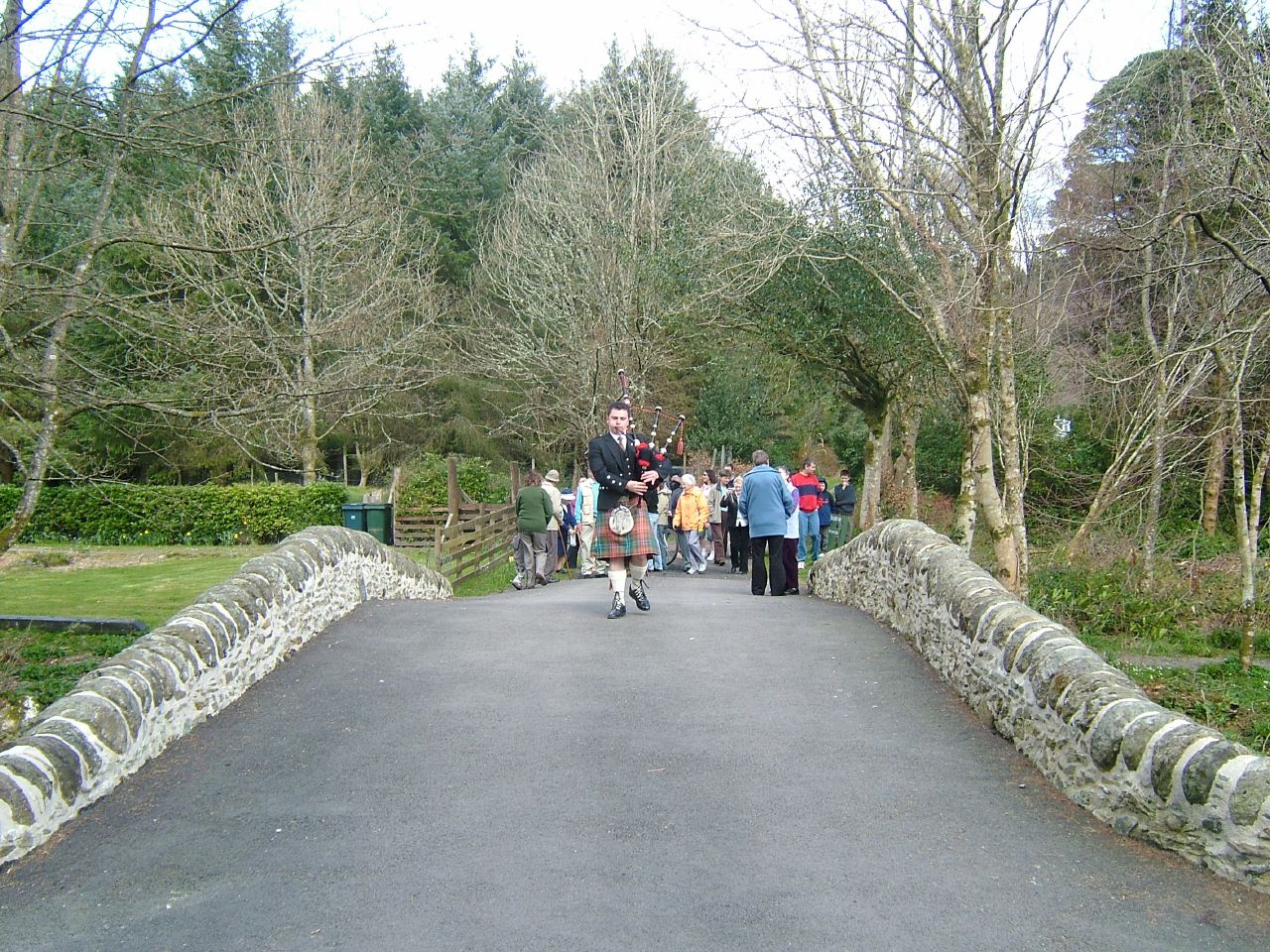 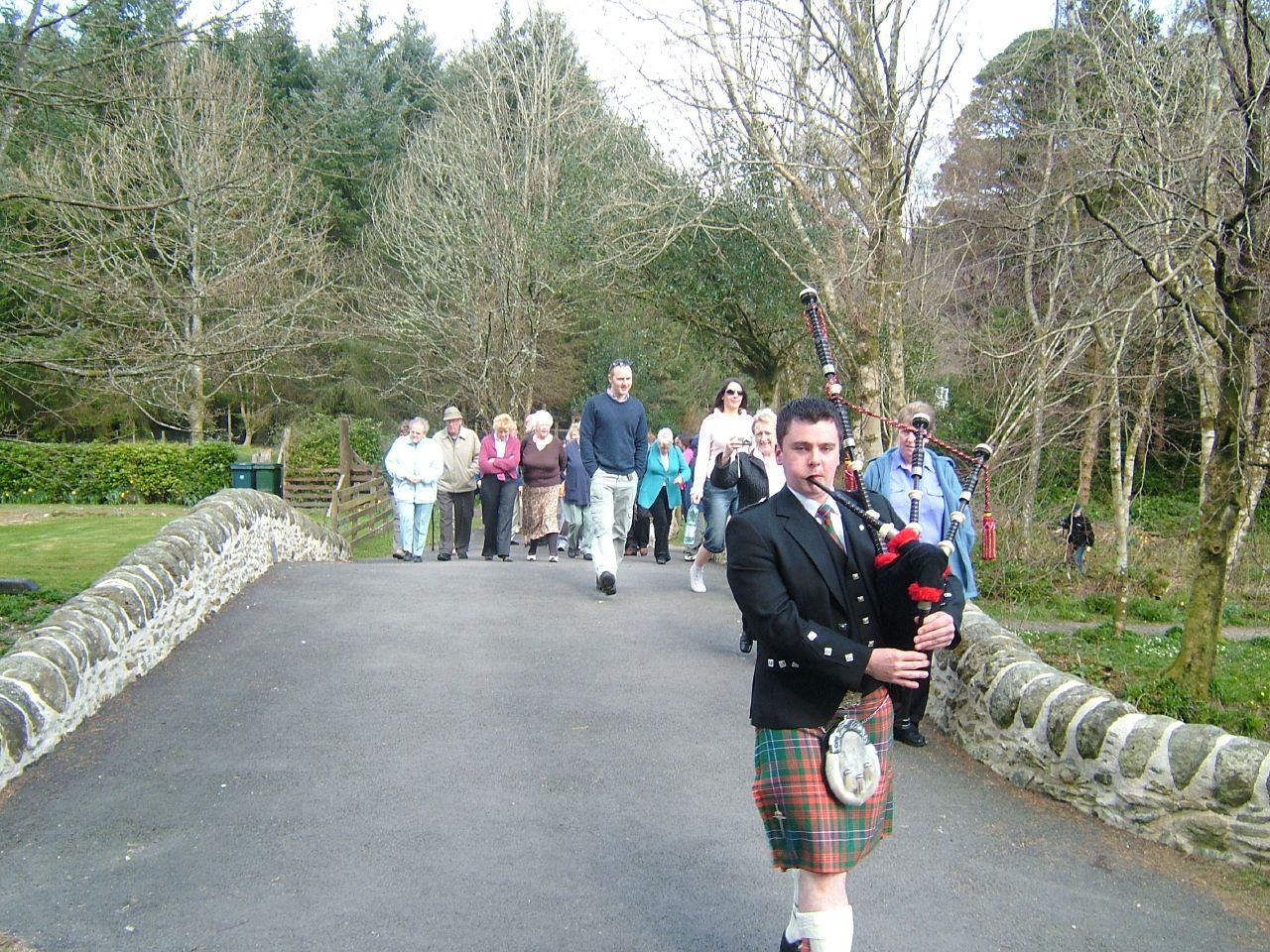 How lovely to see pictures of my mother, Mary Gray, at this ceremony. I remember how proud she was to have been asked to open the bridge.