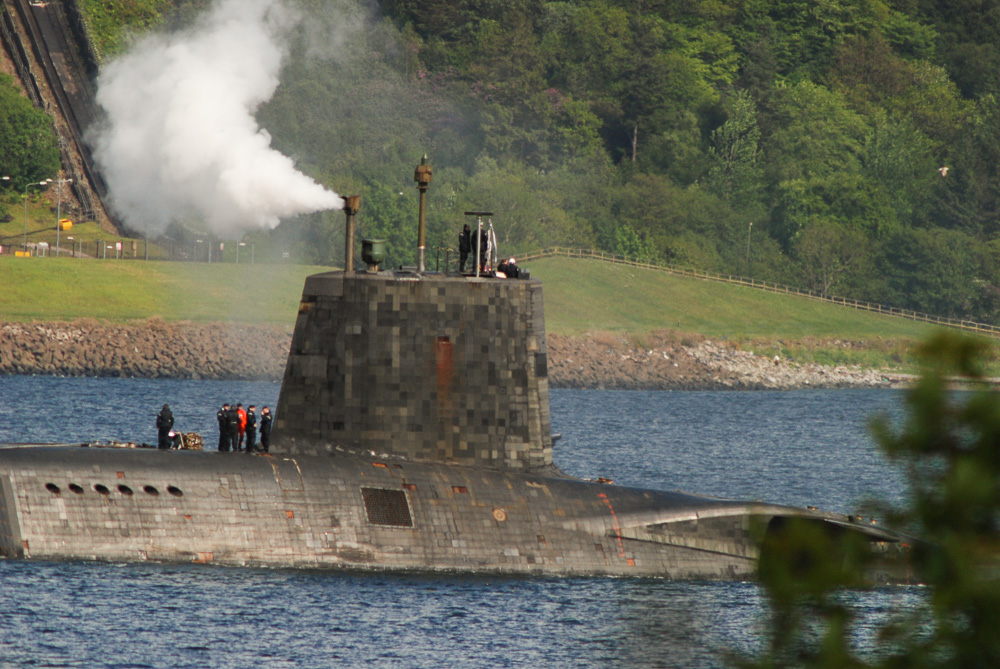 The UK government intends to increase the number of nuclear submarines on the Clyde; is currently building a nuclear support hub to centralise its radioactive waste handling facilities and radiochemistry laboratories at Faslane; and plans to undertake submarine maintenance work at Coulport resulting in an increase of waste discharges of up to 50%.

Consequently the Ministry of Defence (MoD) has applied to SEPA (Scottish Environment Protection Agency) for approval to dispose of radioactive waste streams that could be generated at Faslane and Coulport. This HMNB Clyde application is now out to public consultation which can be found here and closes on 13 March 2020. Alternatively, consultation responses can be made in writing to SEPA no later than 6 March 2020.

As the design of SEPA’s online consultation form precludes sight of following questions until the current question is answered, we provide all the questions below along with information you may wish to consider before making a response. It is estimated that HMNB Clyde is currently discharging 5,000,000 litres x 1,000Bq = 5 billion Bq of tritium annually into the Gare Loch. If the number of submarines doubles, as planned, future discharge is also expected to double resulting in a tritium discharge of 10 billion Bq per year. *

Tritium is a low energy beta emitter – its particles are unable to penetrate the skin. However, it can be a radiation hazard if inhaled, ingested via food or water, or absorbed through the skin. (https://en.wikipedia.org/wiki/Tritium). The plan to make Faslane the UK base for nuclear waste disposal will not only increase the quantity and concomitant risk of nuclear waste at Faslane but also on UK’s roads over which it is transported. It is proposed to reduce the annual rolling limit by 50% The occasional need to transport nuclear waste by road to Faslane from Coulport increases risk to the public. The proposal is to agree suitable routes for liquid waste disposal from Coulport to Faslane or to dispose of it as a general effluent. The proposals see some maintenance of nuclear submarines being carried out at Coulport situated opposite Ardentinny’s sandy beach where families play in and around Loch Long. There are also visiting children and adults from Ardentinny Outdoor Centre participating in water sports on the Loch. Any additional nuclear waste in Loch Long has the potential to impact these user groups along with the loch’s flora and fauna. Remember that the consultation closes on 13 March, 2020.