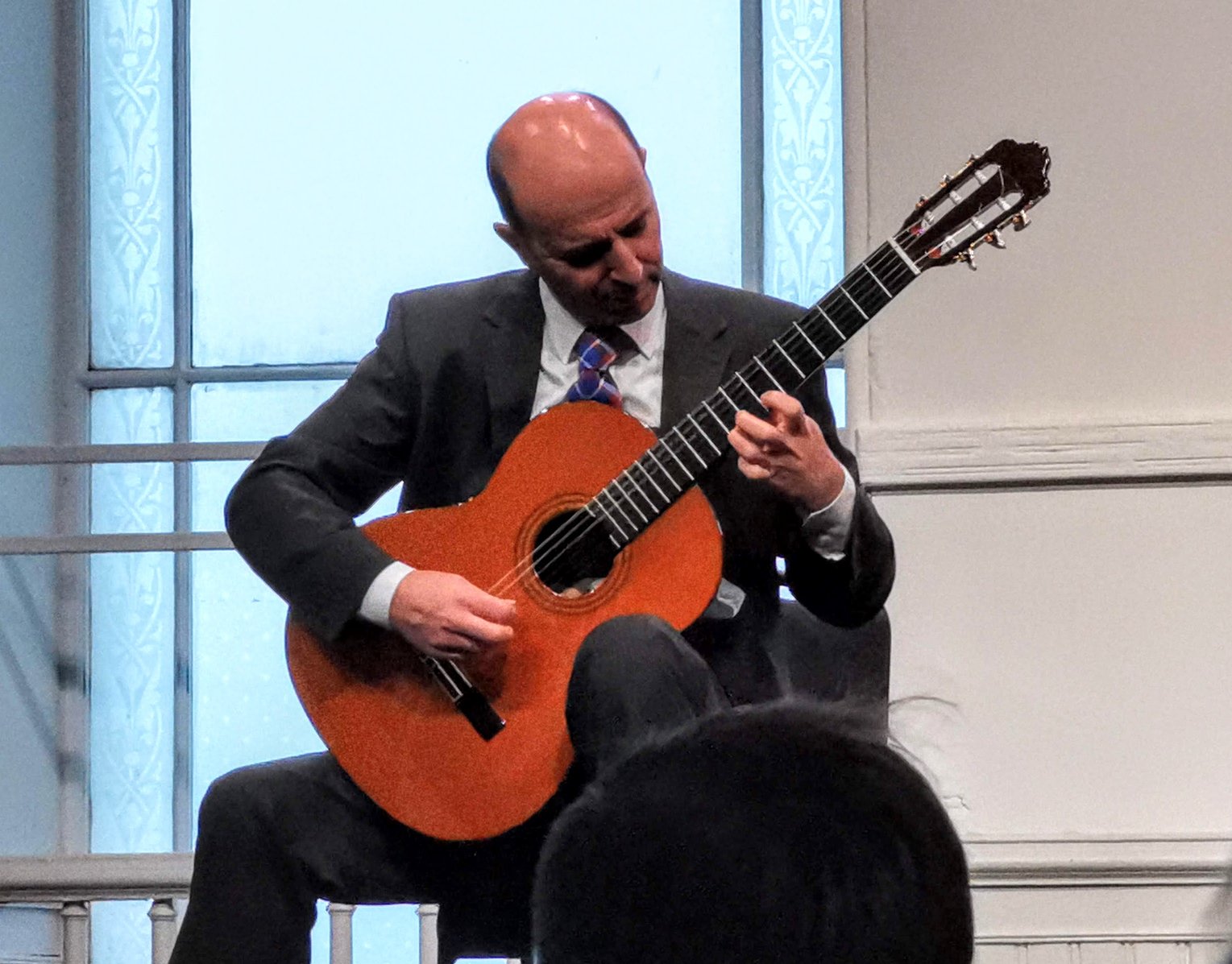 On Sunday Cowal was graced, in every sense of the word, with the exquisite talent, musicianship and gentle, yet commanding, personality of Syrian classical guitarist Ayman Jarjour.

An absent listener could be forgiven for thinking that at times he had the accompaniment of at least two other instruments, including percussion. However those present were left incredulous at the realisation that the production emanated solely from Ayman’s demandingly intricate guitar playing.

Ayman is involved with charities supporting refugees and is the official Arts and Culture Ambassador for the Scottish Refugee Council  for which donations were made at Sunday’s event.
Visit Ayman Jarjour’s website
Ayman Jarjour Facebook