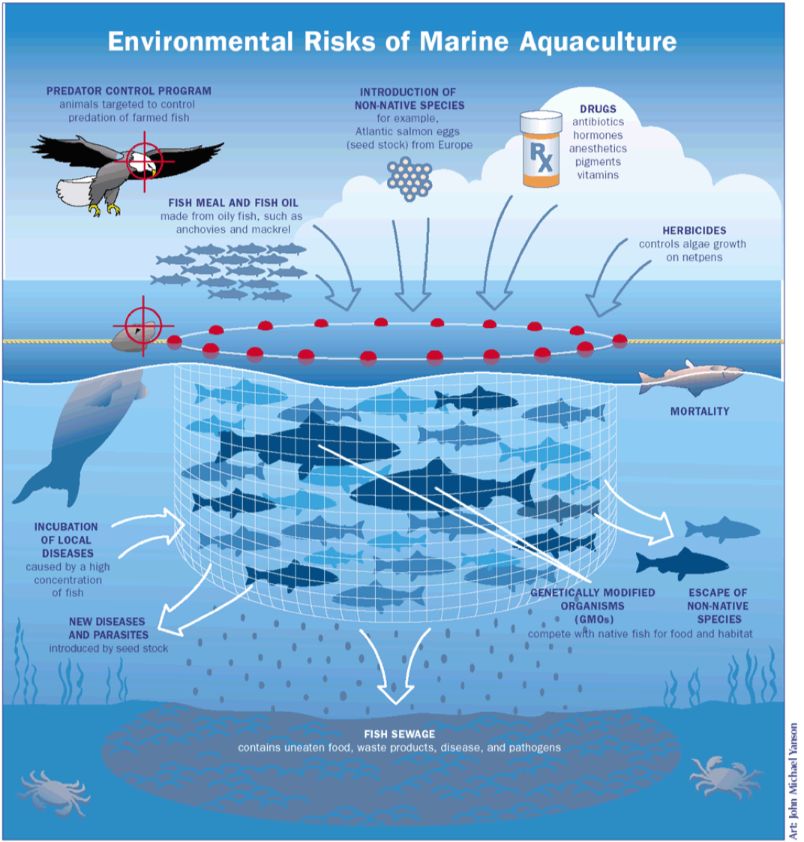 #AFFtheClyde volunteer Jann Garrett gave an update on our local group’s work to a packed public meeting in Rothesay last week. Dawnfresh Farming Ltd are proposing to develop a fish farm at Hawk’s Neb on the Isle of Bute, in addition to Ardentinny and the Cumbraes. The meeting, called by ‘Buteiful Coasts’, an environmental group created to fight the island’s fish farm proposal, was organised to raise awareness locally on the impact of the development. Theresa Nelson of Buteiful Coasts outlined the work done so far by the group and said that in addition to the three Dawnfresh farms, there were another two existing farms at Carradale and Ardyne that are looking to expand their operations along with a new ‘mega farm’ proposed at north east Arran. Theresa outlined the sheer scale and impact of these industrial fish farms on the environment stating that some 51 Rothesay ferries would fit into the farm grid area and more than 70 if the underwater anchoring was included. She also explained that for every kilo of farmed fish produced, an unsustainable three kilos of wild fish feed is required. Theresa also mentioned that SEPA had made 24 unannounced fish farm visits last year and that this has been decreasing annually. If announced visits were added, then not every farm will have had an annual inspection.Dawnfresh has claimed that a number of new job opportunities will be created at each of its new sites. The Bute group considers this very optimistic given the increased automation at the farms. In her address, Theresa also said that current total jobs in the sector in the Clyde Marine Region was 160. Tourism and angling jobs across Scotland account for some 3000 jobs with many of these at risk from the decimation of salmon and other stocks. She also outlined the environmental risks of marine aquaculture. The presentation was followed by a lively question and answer session. Below this report is the short presentation provided by Buteiful Coasts of the meeting. To find our more about the group, please visit the Buteiful Coasts website at www.buteifulcoasts.com.