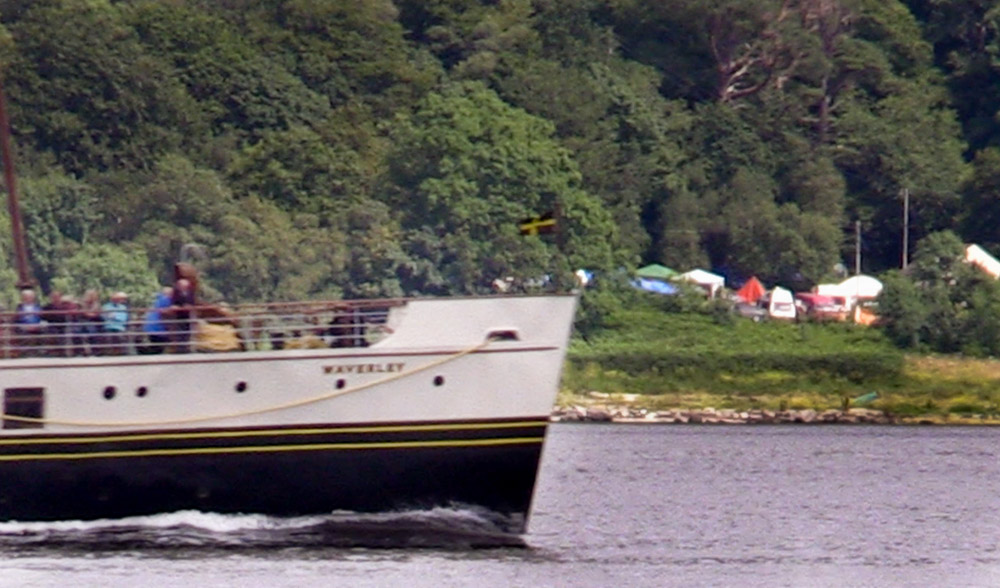 Buoyed by the UN’s approval of a Treaty to ban nuclear weapons agreed by 122 countries on 7 July 2017, Trident Ploughshares has begun its 9-day Coulport Disarmament Camp in a celebratory mood.

With a commitment ‘to persuade the UK government to uphold the now very clear international demand to dismantle Trident’ (Jane Tallents), participants at the Ardpeaton Camp across Loch Long, will be taking part in workshops; vigils; and actions calling on the UK to sign the new treaty.

In a peaceful demonstration today (Tuesday), five people were arrested including 79-year-old Brian Quail, a retired teacher, after blocking the road to the Coulport facility.