The roof of the recently renovated residence of Ardentinny Hotel was set alight tonight by what appeared to be a lightning strike, creating a huge plume of smoke over Loch Long. Fortunately the building was unoccupied at the time.

A neighbour to the property said he heard a huge bang and his TV suddenly went off. He rushed out of the house and saw smoke and flames coming from the hotel roof. By then the alarm had been raised and firefighters from Scottish Fire and Rescue Dunoon station and Police arrived within 20 minutes to find a section of the roof well alight.

Fortunately the Fire Service was able to bring the blaze quickly under control with two tenders and an additional appliance from Strachur. The road through Ardentinny has remained closed since the incident. 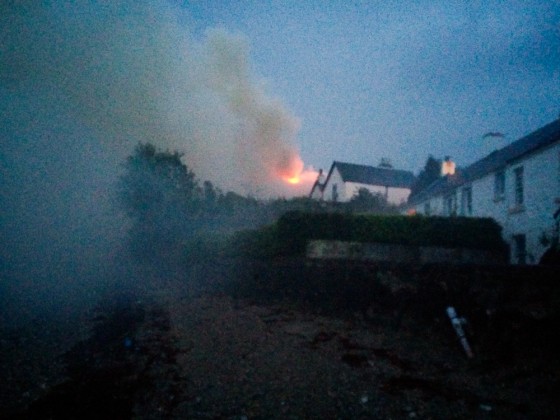 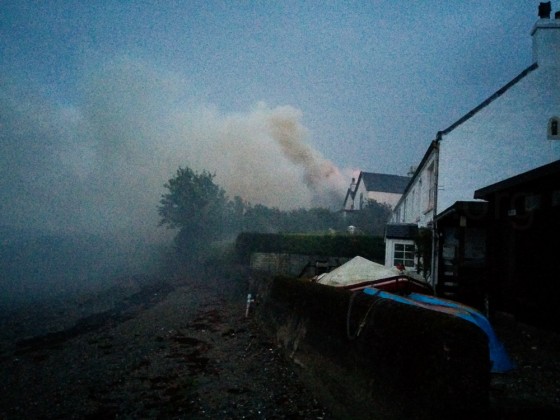 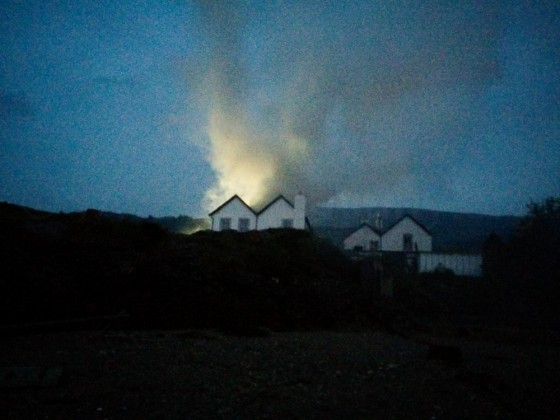 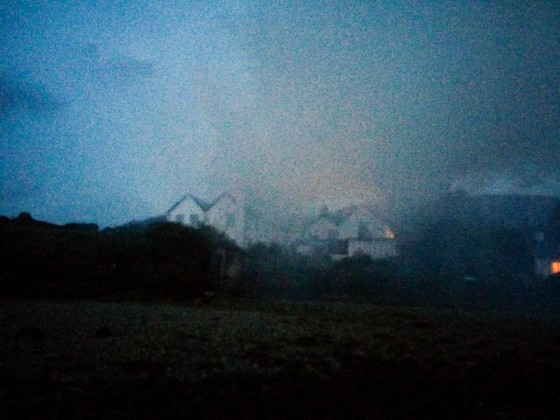 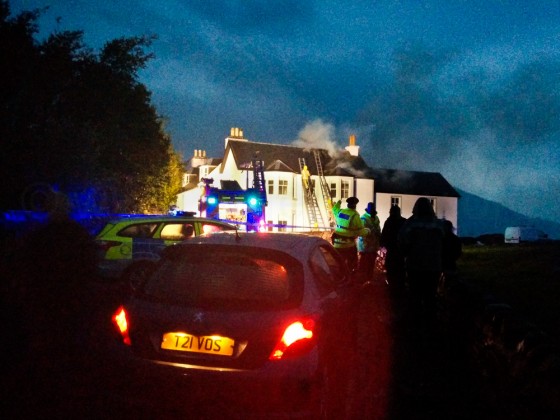