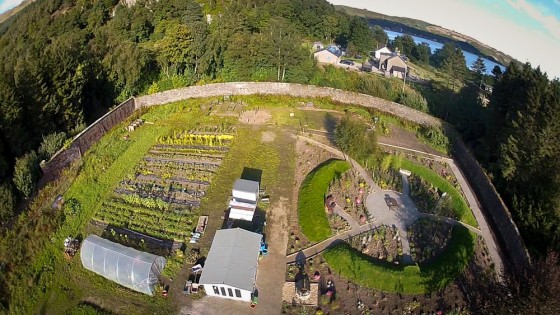 On Saturday 9 November, unbeknown to Ardentinny Community Trust, Glenfinart Walled Garden won Gold in the Community Partnership’s Initiative of the Year Award ‘for the work of volunteers in transforming a walled garden that had been more or less abandoned in the 1920’s into something the local community can treasure’

The Community Partnership is a charitable membership organisation run by its members for the benefit of communities within the National Park. It runs a programme of events, including its Annual Gathering, at which its annual awards were presented last Saturday.

Another Ardentinny resident was also an award recipient. Eileen Connell received silver in the over 25 Volunteer category ‘for her work on the Ardentinny memorial Wood (Coronation Wood)’ which is the wooded area opposite Ardentinny car park which belongs to Gauld Estates Ltd. Mr. Gauld apparently granted permission to a group of enthusiastic volunteers to clear and restore the area for the benefit of the community. 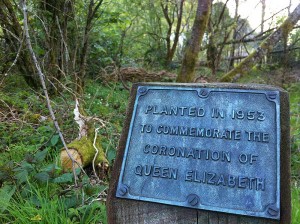 And there’s more. The Walled Garden has been shortlisted for the 2013 UK National Park Volunteer Awards in the Projects category. This will be judged at the end of the month. So, fingers crossed, Glenfinart Walled Garden will do it again!

Well done the Garden volunteers. We are proud to have been able to support the project ie fire equipment and risk assessments