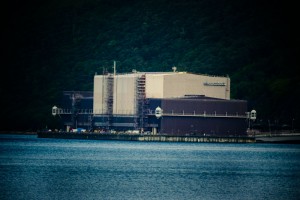 Given recent media reports of safety concerns at HM naval Base Clyde, of which Coulport is part, plus the sounding of the emergency alarms outwith the regular Monday morning alarm tests, we contacted the Ministry of Defence with the suggestion that the Coulport facility liaise with Ardentinny.org and other neighbouring communities to provide regular information on these emergency alarms. We received a response from the Superintendent Weapons, RNAD Coulport, Mr. John Spy.

Mr. Spy said “I’m happy to confirm that the general alarm was activated on the 10th of May. This was caused by a system fault, and, as you would expect, the fault was rigorously investigated before the depot stood-down at around 19:00 hrs.” He also confirmed that the alarm system is tested each Monday at 10:00am.

Mr. Spy continued “RNAD Coulport has a single general alarm, which triggers automatic and generic responses to a variety of possible incidents from security alerts to fire alarms, consequently it is used as trigger to a variety of exercises throughout the year as the depot demonstrates its response to a variety of regulatory bodies. I do though appreciate that on a still day the sound of the alarm will carry to Ardentinny. [pullquote]Such openness should be the norm, not the exception..
Michael Russell MSP[/pullquote]

I can appreciate your concern given the occasions when elements of the media report misleadingly and inaccurately on safety at HM Naval Base Clyde. I would like to assure you, and members of the Ardentinny community, that the Naval Base makes safety its single top priority. The Naval Base, of which Coulport is an integral part, is a Nuclear Authorised site and is subject to regulation by the Defence Nuclear Safety Regulator and other regulatory bodies. Quite simply, if HM Naval Base Clyde did not meet these bodies’ stringent standards then we would not be permitted to operate. The site never compromises on safety and has an effective culture of continuous safety improvement.”

In further correspondence with RNAD Coulport we reiterated our request that the communities surrounding the base be made aware (after the event) as to the reason for each alarm alert, whether they be exercises or actual incidents. Such an initiative by RNAD Coulport would provide greater transparency for its operations and the concerns as to the safety of those living in the surrounding area who, until now, have been kept in the dark regarding these alerts.

Local MSP Michael Russell said “The MoD needs to listen to its neighbours in Ardentinny. I strongly support the suggestion from the community that prompt publication of the reasons for alarms and other worrying – and annoying – activity should take place on the community website and in other local media. Such openness should be the norm, not the exception and I hope management at RNAD Coulport will quickly take up the idea. I will be writing to the MoD to support it.’

Newly elected Cowal Councillor Gordon Blair said “I will discuss this issue with my colleagues in the Helensburgh and Lomond area to check if there is any such arrangement there for the people of Cove etc. Your suggestion seems reasonable simply on a customer service perspective and I will investigate the possibility of getting someone round to the Community Council, for example, from Coulport to discuss the issues you have.”

Read and re-read the article and could find no hint of website claiming to speak on behalf of village,another agenda at work methinks?

Since when did any news source need to poll the public before publishing a story?

Roy: Nowhere in our article do we state that we are speaking on behalf of the village of Ardentinny. In the article MSP Michael Russell refers to the community of Ardentinny and also extends our suggestion regarding the sharing of information to include ‘other activity’. These are his views which he offered to us for publication. All residents of Ardentinny have the opportunity to discuss and publish, via any platform, topics which they consider to be of public interest/concern.

Since when does Ardentinny.org speak for the whole of the village no one has consulted me or many other village residents regarding this matter perhaps the village needs to be asked if this is an issue before speaking on behalf of the village.

Ardentinnny.org contacted Mr. Alan Reid on this matter several weeks ago. To date no response has been received.

Where does our MP stand on this?