This beautiful eider duck was found earlier this evening on Ardentinny beach. He appears to have sustained an injury on his breast. At this moment we’re unsure as to the reason for the injury. He appeared unable to fly and made no attempt to escape. He’s now bedded down for the night in Ardentinny.org’s hen run. We’ll get him to the vet first thing in the morning. Watch for updates later on Monday.

Update 17 Oct. 2011: Sadly the eider duck died overnight. On closer examination this morning, he appeared to have a large wound (see photograph) possibly caused by a fishing hook. 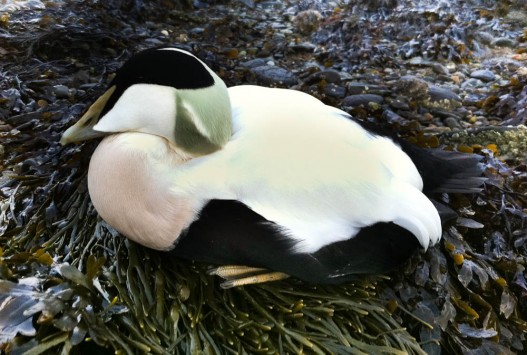 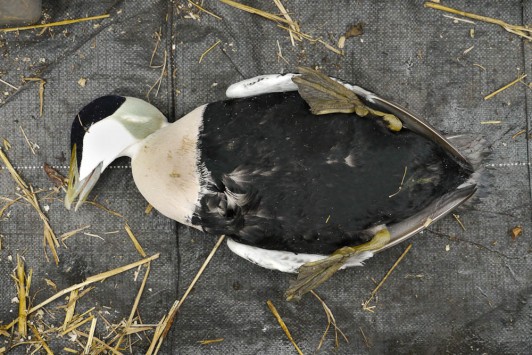 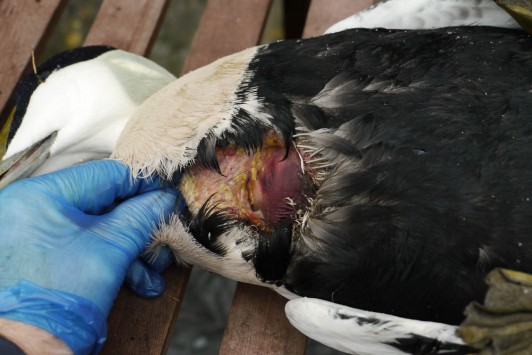 30 Sept. 2021 - Ardentinny Flu Clinic
The flu clinic in the village hall has been cancelled due to new recording regulations. Vaccinations will take place at Riverbank Surgery. The surgery has contacted those who are due a vaccination but if you have any queries, please call the surgery 01369 840279.