David Morrison moved to Ardentinny from his native Falkirk in 1974.  He studied fine art at the Duncan of Jordanstone College of Art, Dundee and graduated with a BA (hons.) degree in 1989. Inspired by the Scottish landscape and Argyll in particular, some of his most popular works featured the brightly painted fishing boats literally on his doorstep. David’s artworks have been exhibited nationally as well as closer to home in the local Blairmore and Juno galleries. His friend and fellow artist Liz Bruce describes him fondly:

David was simply the best painter by miles and for miles around. Whether landscape, ships and boats or figures, or even the odd abstract, there is no other artist to match him. Nevertheless he remained unassuming, a wee bit shy and always generous to lesser mortals, i.e., fellow painters.

He took the time and care to offer truly constructive criticism and went out of his way to help anyone who took art as seriously as he did. Where others might have condescended, he was honest and supporting.

David specialised in capturing the west of Scotland landscape in all its glory, in all weathers, and was masterly in conveying unusual effects of light. He was able to hold an image in his mind, until he had the chance to record it. The Ardentinny road in dappled sun was a favourite subject, familiar to any who have driven this way on a sunny morning. Low sun reflecting off a wet slate roof or turning the bark of a pine tree pink, while challenging to most painters, were no bother to David. He possessed the perception to see such fleeting effects and the extraordinary skill to capture them, and consequently allow the rest of us to see them too.

We keep loved ones alive in our hearts and minds and, though David’s life has been cut short, his memory will outlive all of ours, because his enormous talent will ensure that his work will be around for a very long time indeed. 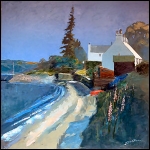 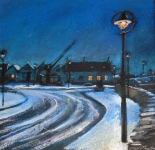 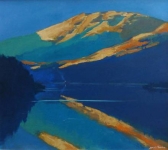 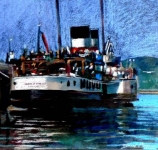 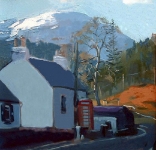 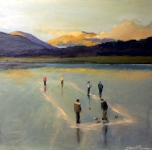 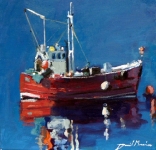 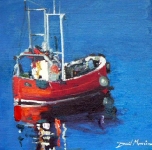 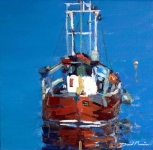 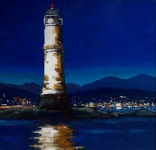 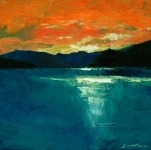 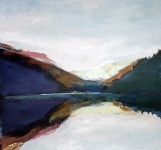 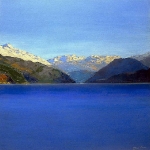 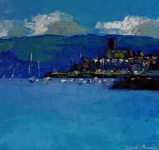 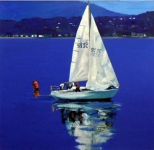 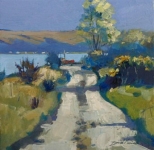 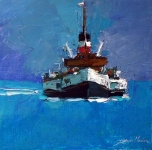 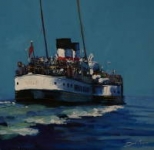 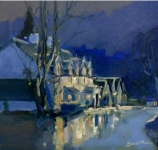 We would welcome additional anecdotes on the life of David Morrison or possibly you have a favourite artwork of David’s which you would like to share. You can contact us here.

rip Dave you were a nice guy and a fantastic artist.