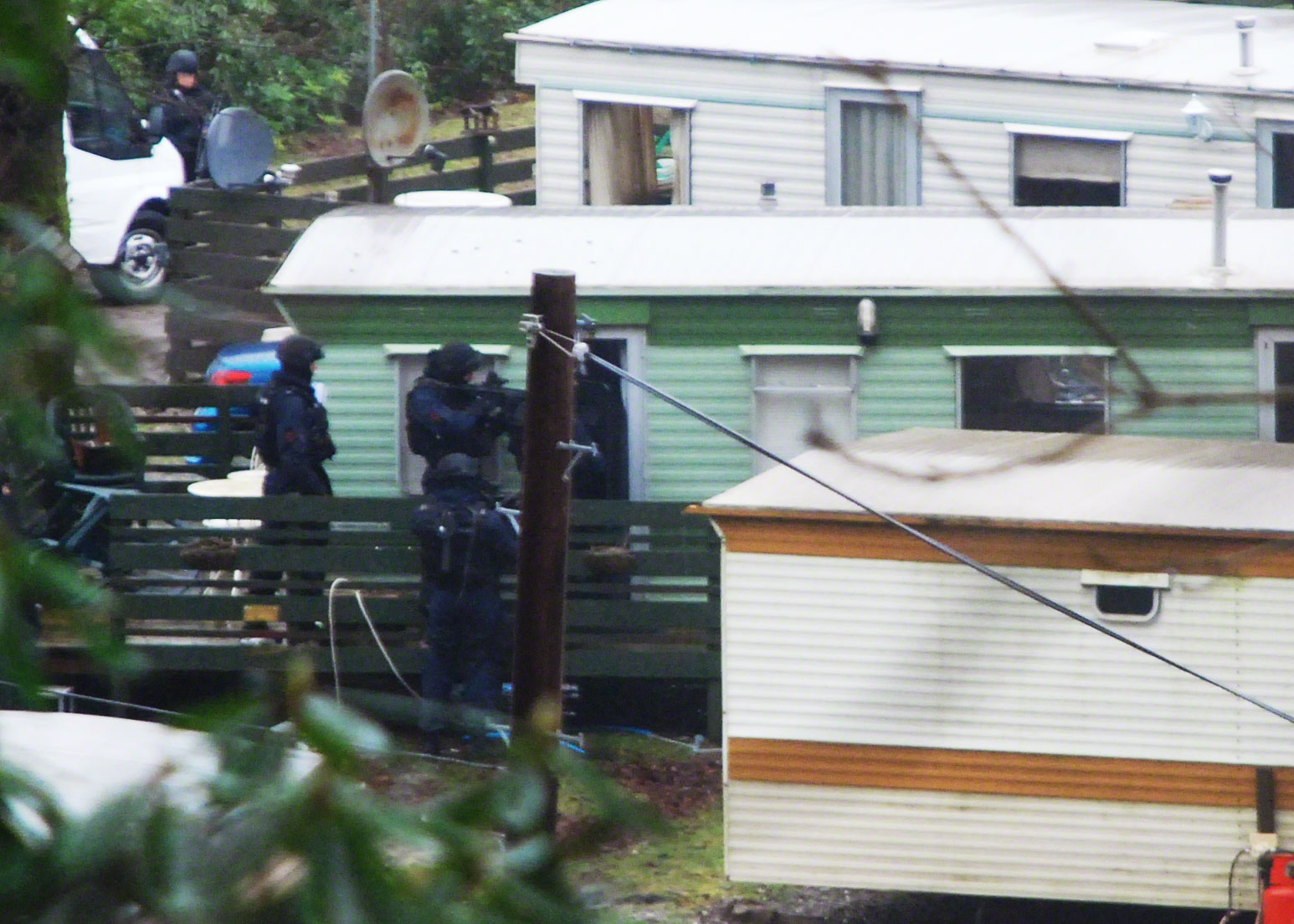 Armed police undertook a major operation this morning near Ardentinny. Some 40-50 officers, including a dog unit and underwater unit descended on Glenfinart Caravan Park at around 10am. The area was also circled by a helicopter.

The main road from Ardentinny to Loch Eck was closed for several hours while police with shields and arms undertook a search of caravans and properties. Several boxes were removed from the site and two women were escorted to a police car.

We understand that a quantity of drugs was recovered and that two men aged 42 and 46 are “assisting officers with enquiries”.

Police could still be seen in the vicinity late this afternoon. 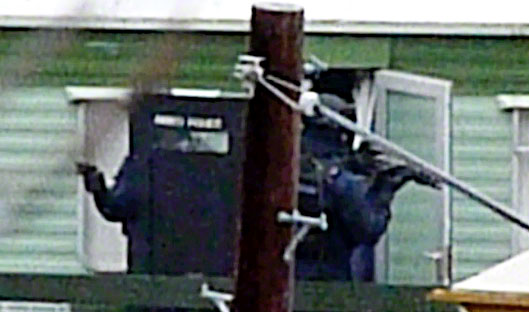 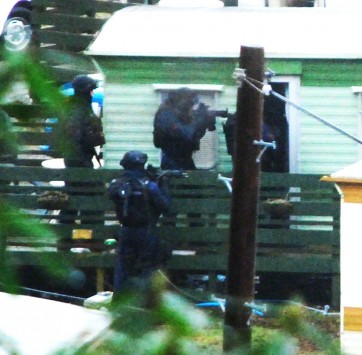 In keeping with a number of comments regarding this unforunate event I have had a caravan on the site for a number of years.I have always enjoyed the fantastic surroundings but unfortunately this cannot be said for the site itself where every attempt to improve it over the years only seems to have led to it deteriorating. I dont know where this is going to leave the many good people who still use the site!

We have a caravan on the site and are very concerned about what is happening there, but we are very proud of our caravan and the surrounding area of our van and have taken very good care of it over the last 2 years that we have been there as many others also do. Not all on the site are undesireables!!! We bought the van there as we loved the area and there are great walks for us and our dog and we have made many friends from the site. My family also use the van and love the area and are hoping that we will be using it for many years to come.

Not all on the park are undesirables!!! We love our caravan and keep it and the surrounding area clean and tidy as do many on the site. We enjoy our time in the area and enjoy the scenery and tranquility. Our family have been holidaying in the area for almost 100 years and supporting the local economy and community.
We have real concerns about what will happen to our caravan and the site.

Spare a thought for the harworking people who use the caravan park facilities for a well earned break who enjoy and respect and appreciate the beautiful surroundings Ardentinny has to offer. We are not all undesireables and generate imcome for the local economy

Does anyknow have an update on the situation at the caravan park, we have a caravan on the site and are a bit concerned about what has happened.
Thanks

has anyone seen my 15ft fibre glass boat , left secured at ardintiny beach next to the outdoor centre?

p.s any free boats will be apprectiated .

this explains alot about Ardentinny, I saw a strange woman with a dog that resembled spit the dog, has anyone else seen this dastardly duo?

Many thanks the org. Great reporting as usual. The caravan site needs a good clean-out in more ways than one !

WELL DONE TO THE ORG, YET ANOTHER SCOOP KEEP UP THE GOOD WORK.