On Friday 15th October a Public Meeting was held to discuss the future of the village hall in light of all, bar one, of the current committee having resigned.  The Chair explained to the 28 attendees the necessity to find volunteers to take over the running of the hall in this unusual situation. 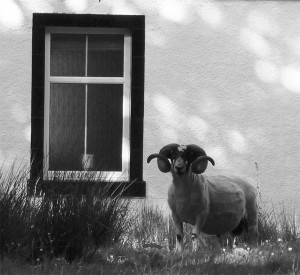 An initial reaction from one member was that noone could come forward without the books being completed and audited, as they should be. This assertion was corrected in that the books were completely up to date and in good order and that they were still within the OSCR (Office of the Scottish Charity Regulator) time limit to have them audited. Any new committee will inherit a healthy bank balance with the Flower Show grossing an increase on last year, due largely to the highly successful auction, and additional income provided by a series of Open Mornings

After some protracted discussion about the accounts and what was required to keep the hall going, a spokesperson for a presumably pre-determined group declared that they had had a discussion and that they were willing to take things forward. It was then proposed and seconded that those volunteering to do so, be co-opted by the one remaining committee member and that they contact OSCR to ask advice about how they might proceed as co-opted members until the next AGM.

At one point a new member of the community had asked how things had got to this stage. An understandable and very relevant question. The following is a resume of events:

On 11 May 2010 the then retiring Village Hall Committee held an EGM to discuss the future of the hall in the event of there having been no volunteers to run the committee at their AGM. 7 members of the community stepped up to the plate and assumed the reins of running the hall. To say that this new committee was largely inexperienced in running the hall would be an understatement but they approached the task with enthusiasm. There were plans to introduce permanent hall signage in collaboration with the Forestry Commission and to produce high visibility temporary posters and signage to promote hall events. A questionnaire was drafted for members to elicit their views on the possibility of having internet access in the hall which, if in favour, would go to support an application to LEADER’s Rural Broadband Fund.

In view of the fact that the hall is kept alive by membership subscriptions but that the hall is used regularly by only a relatively small number of the membership in the various weekly clubs, it was decided to  ‘give back’ a little to the general membership by offering a weekly Open Morning with teas and coffees, free to members. This also provided a regular social hub for all residents and visitors where they could gather and chat and buy from charity and other stalls. The hall benefited too with regular additional income from stall table fees, sale of second-hand books and non-members’ teas and coffees.

Inevitably there were teething problems . For example, plans to run Flea Markets had to be scrapped when further research proved them to be non-viable and there was one unfortunate breakdown in communication between members who did and did not have email access. However, overall, things were going to plan, including the planning of the annual Flower and Craft Show.

It became apparent quite early on that there were rumblings of discontent in the village rumour mill but noone had approached the committee with any concerns and so the rumblings were consigned to just that – rumours. It was only at the end of July that a committee member received a call to say that members of the hobbies group were up in arms at the committee changing the name of the hall to Glenfinart Hall (the hall’s official name). The committee was astonished as it felt certain it had not changed the hall’s name but it rightly conceded that it would abide by the wishes of the majority of the membership if it wanted to change the name from its original name of Glenfinart Hall. There followed a period of robust public discrediting of the committee and a petition (see below) was organised and signed by 85 residents:

On receipt of this petition, the hall committee circulated its membership asking them to say what they would prefer their hall to be called. 70 responses were received. 41 voted to call the hall Ardentinny Village Hall while 29 voted to retain the name of Glenfinart Hall. Therefore, at the committee’s meeting on the 24th August (see minutes), which 24 hall members attended, it was agreed that future notices would carry the name Ardentinny Village Hall while the stone- engraved name of Glenfinart Hall would still remain above the door. None of the committee had a problem in accepting the democratic vote to change the name of the hall. However, what led to their resignations was the apparent demonizing of a well meaning group of people working on the membership’s behalf. It is obvious that one can never please all the people all of the time but, in an educated society, there are civilised ways of expressing grievances and negotiating solutions. This was very late in coming and was tainted by prior and continuing antagonism.

One former committee member suggested on Friday night that it might be of some consolation to the outgoing members to know that there were always such problems with the committee but that they had perhaps not been village residents long enough to have experience of it. However well-meaning the remark, this is a sad indictment of a community that appears to expect  its volunteers to abandon their self respect and submit themselves  to abuse while they continue to give of their time, money and effort in support of said community. And abuse it was. The Chair of the Public Meeting expressed her decision to resign as being due to the antagonism she had experienced over the past months. Another committee member cited bullying and there was more, which had the potential of being sub judice and therefore has no place here. That others may have been subjected to similar treatment in the past is equally indefensible and should be no justification for it to continue. Therefore, in this age of extreme need both at home and abroad, any thinking volunteer could be forgiven for choosing to channel their time and energies elsewhere.

There was a lot of talk at the public meeting of putting the past behind us and of the importance of ‘moving forward’. In order to properly move forward, we have to take account of the past, otherwise we risk just more of the same.

Some might prefer to dismiss the whole thing, putting it down to ‘typical village life’. That may be the case, depending on the village, or rather the community within it.

Communities can and do exist while tearing themselves apart. Alternatively, they can opt for a more unified and productive approach, adhering to the principles of our legal, democratic, civil, and human rights within a culture of mutual respect. The choice is ours.

The current committee is as follows:

‘To the Ardentinny Hall Association Committee

We the undersigned wish to voice our opinion on the committee decision to refer to Ardentinny Village Hall as Glenfinart Hall.

While we acknowledge that Glenfinart Hall may be the name above the door, the hall was donated to the people of Ardentinny by the Leschallas family and, as such, has since been known and valued as Ardentinny Village Hall.

Your decision to attempt to change its identity and tradition is something we feel strongly about, especially as there was no approach for discussion or consultation with the people of Ardentinny and in particular the Village Hall members.

We would like the process of the Hall Association committee paying the Forestry Commission for new name boards postponed until proper consultation has been carried in regard to what the village would prefer the hall to be called.’

I’m surprised the piece on the hall committee hasn’t generated any response and can only surmise that everyone reading it, agrees like me that it is an accurate record of events. I wish the new hall committee luck and would like to thank Marion Norris for chairing the meeting in a professional manner, and finally a collection of signatures is a petition no matter how embarrassing that might be for some.