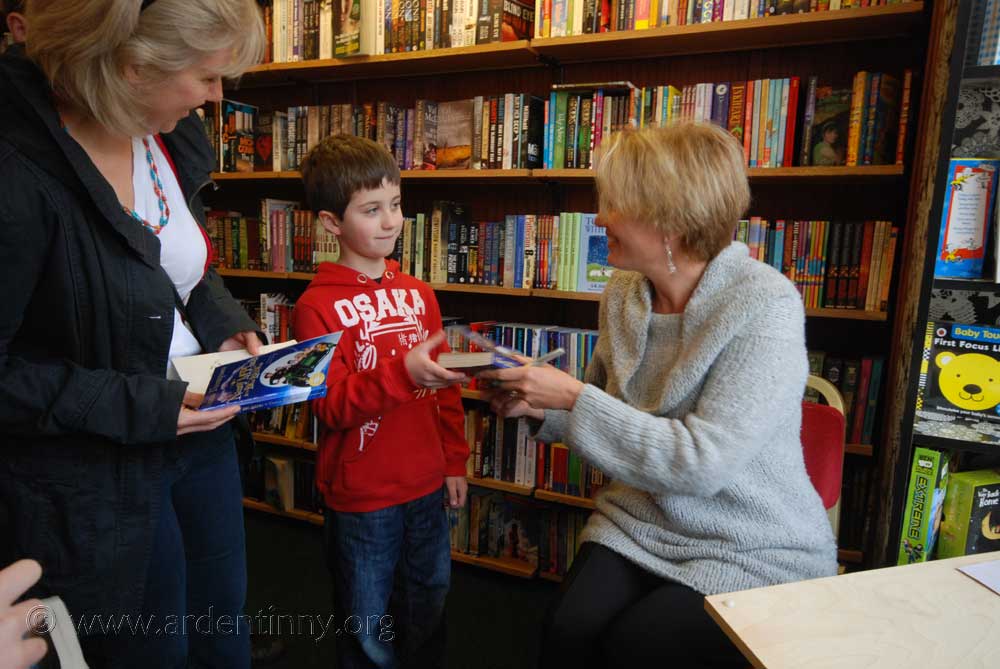 Double-Oscar-winning actress, Emma Thompson, has connections with Ardentinny which go back a long way. Her father, actor and writer, Eric Thompson created and narrated the English version of The Magic Roundabout in the 1960’s. Her mother still has a home in the village. Her uncle also ran the Primrose Tearoom in days gone by

On Saturday, 10 April, Emma, with illustrator Scoular Anderson, was at Bookpoint, Dunoon signing copies of her new book  “Nanny McPhee and the Big Bang” whose character she also plays in the book’s movie. Several hundred delighted children queued to chat with the two celebrities and have their books autographed.